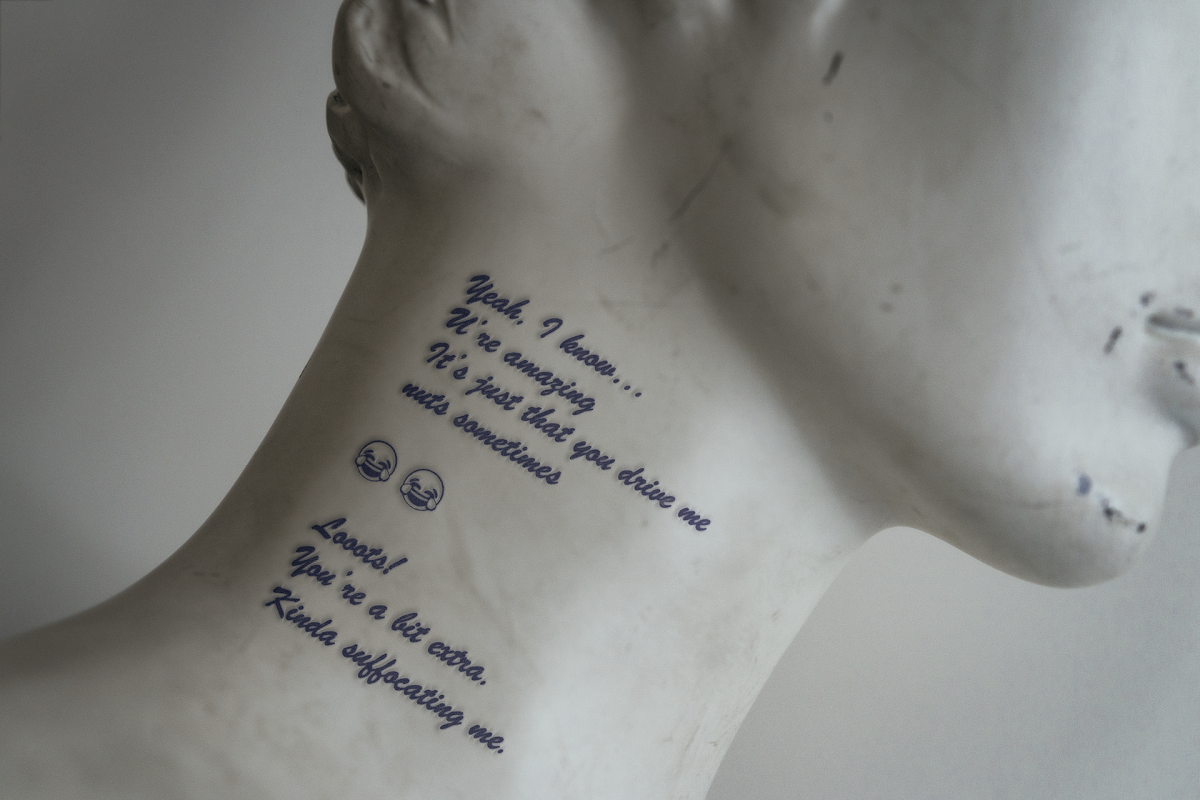 The work is developed in a series of photographs of parts of used plastic dummies, similar to those we know from shop windows. They are "tattooed" with texts – excerpts from an Instagram chat between a girl and a boy. These tattoos are computer generated to resemble real trendy tattoos, but on lifeless bodies. The individual series are composed as excerpts from a dialogue between her and him. Taken out of the personal field this chat becomes a kind of diary of feelings and communication. They are expressed in the form of the visual storyboard. It remains as a document of some shared segment of time where bodies are surfaces and words metaphorically describe image and form. The content is simple, even funny on certain places, but it apears like a picture of relationships and of banality – through the power of the captured detail and the powerlessness of the words, on the plastic material. Thus, they remain as "engraved" forever on the artificial shell resembling the body.

Special thanks to Goran Kissiov and Teodora Dzherekarova